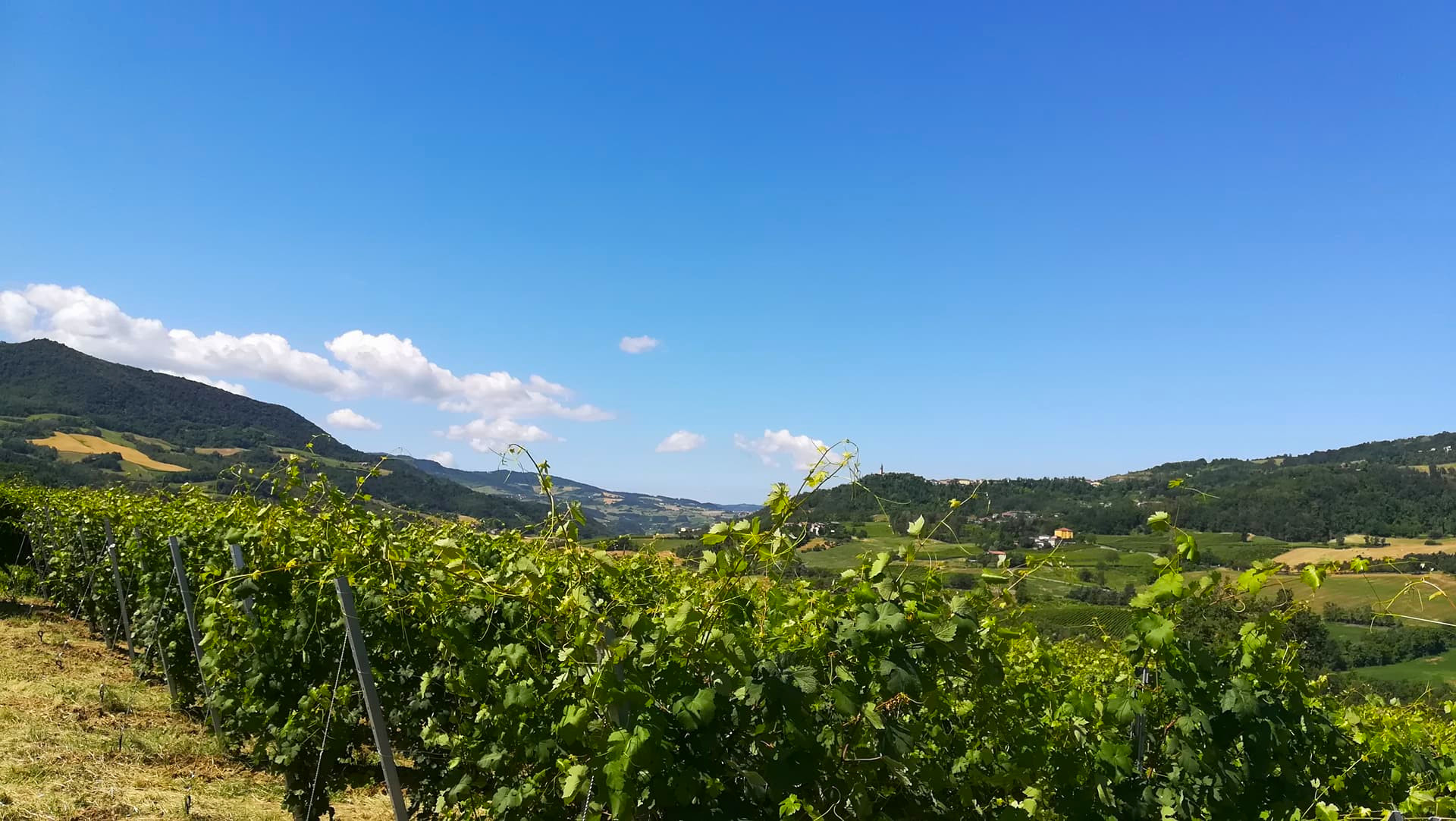 The Casa Nova farm was founded in 1924. Then, the grandfather, Prati Ermenegildo, bought some of the best land of the homonymous hamlet, bringing them together in a single land and, having built the house, he settled there with his family. Ermenegildo immediately realizes the strong vocation of these lands for the cultivation of vines and, as a hard worker, after a laborious work with the spade and the plow pulled by oxen, he plants, with the help of his children, the vineyards of Brola and della Piana followed later by that of the Mill. From these vineyards, in fact, a Bonarda and a Barbera are harvested which, when pressed, are transformed into a fine, cheerful wine, rich in aromas. Even then, part of these grapes were pressed together, obtaining an equally characteristic, unique product: Gutturnio .
The tradition of winemaker continues with Ernesto who, together with his sons, plants the vineyards of Surba and Prondavalle, where an excellent Ortrugo and a fragrant Malvasia are harvested.

The Casa Nova farm is located on the green hills of Val Tidone , one of the characteristic valleys of the Colli Piacentini.
The soils are of medium texture, with a pebbly bottom and an excellent southwest exposure, immersed in an ideal microclimate for the vine, where, as in the past, precious biological balances have remained unchanged. Weeds are controlled exclusively with agronomic systems , the fight against parasites is carried out in strict respect for the environment and the soils are nourished with natural products .
The family management of the company also ensures continuous control of the vegetative phases of the plant and therefore of the agronomic interventions, almost all manual and therefore very selective, such as the dry and green pruning, the ligament of the shoots, the thinning of the bunches and finally the harvest which consists in gradually collecting the ripest grapes, to always obtain a quality product.
In the spring following the harvest, the wine is bottled, ready to be tasted lively and fresh.
Some batches are instead aged for a certain period in wooden barrels, obtaining still wines of excellent quality .